Opening the World Youth Day in Denver in 1993, Pope St John Paul II said “I greet you all in the name of Jesus Christ, He is the way the truth and the life.” Earlier, reporters had predicted that 2,000 people might show up. Yet, 750,000 young people came from all over the world to celebrate their Catholic faith with their beloved Pope in Denver. The life of Pope St. John Paul II is an inspiration to us all, showing the love and joy that Jesus brings. Karol Wojtyla, who became Pope John Paul II had a difficult childhood. Before he was born his sister died, when he was eight his mother died and four years later his big brother also died. All he had left was his father whom he loved very much. But when he was nineteen, first the Nazis, then the Communists took over Poland where he lived and at the age of twenty his father died. Very early in his life he experienced the great tragedy of losing everyone who was dear to him. He was left with nothing or no one to call his own, but he placed his life in the arms of God and in the care of his Blessed Mother, Mary. He had developed a great devotion to Our Lady as a young boy and this helped him to stand with courage in the face of evil. His favourite phrase was, “Do not be afraid.” When we feel unhappy, lonely or sad we should remember these words and let them comfort us as they comforted Pope St John Paul II. Pope St John Paul II is also a model of forgiveness. He showed us the very nature of Christ when he forgave the man who tried to kill him, Ali Agica. In December 1983 he visited him in prison and following the visit Ali became a Christian. The Pope’s love and forgiveness were contagious and this is our call too! Pope St John Paul II had a long life and even in his 80’s, he could still attract more young people to his audiences than any of the big rock groups because there’s nothing more attractive than holiness and love for Jesus. Today many of us think that having lots of friends, being cool or having an excessive interest in clothes, music or movies is what is meant by living life to the full. Yet Jesus said “I come to bring you life, life in abundance.” (John 10:10) If you want to live life to the full, live for Christ, for He is the Way, the Truth and the Life! 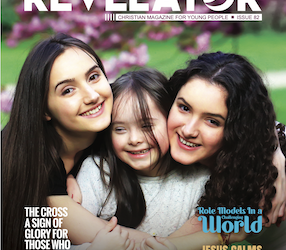 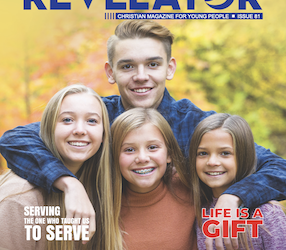 Kingdom Revelator is produced by Sehion Ministries, a Catholic Charity registered in England. No:1153546.

Copyright © 2022 A Christian Magazine for Young People. All rights reserved.